Truth
is
a fallacy.

Truth is but a coping strategy in the face of the great unknown.
The rest of our beliefs are mental models.

My perspective is skewed. I work with big data. No matter how loaded that term has become, it means a really big pile of information. For instance, for a retail customer, we analysed 4 million business hypotheses a day. For Kiwi.com, it was 50 million daily search requests. We literally deal with terabytes on a daily basis. And in a very significant sense, all that data is true. It’s a factual record of past transactions. And it’s not even that detailed.

This changes one’s perspective. For years now, the question „what’s true“ has not had much value for me. In the world of business intelligence,  we have reached the point of hyperinflation of truth, Zimbabwe-style.
‍
By definition, in a hyper-inflationary state, truth is losing value by the day.

Terabytes of Truth
With a growing volume of channels, content producers and social bubbles, it's increasingly difficult to discern what's true from what's 'fake’…
Read
→ 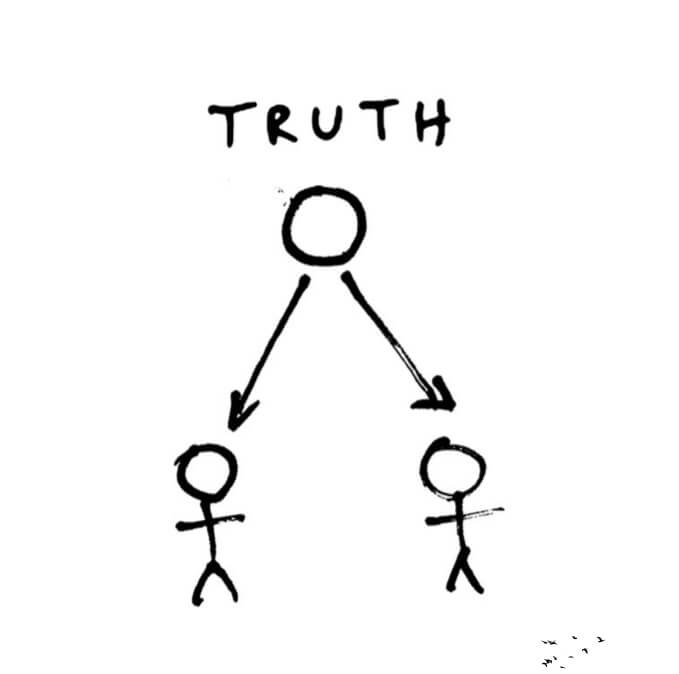 I’d hope that the problems I have with the first truth are clear. That innocent-looking absolute truth is always right. Mathematicians call it a circular definition, common language calls it arrogance, and electricians call it a short circuit. Being always right, it never has to change. It’s stiff as concrete. (Perhaps it’s that singular form of the noun that creates the sense of truth as a single Lego brick. If we spoke of truths, truthing, or degrees of truity, I’d be less anxious about it— even though it wouldn’t suffice.) And, if the stunning incompatibility with the fluid world around us were not enough to reject it, I add that Aristotle’s truth is black and white. It makes me go either to Heaven or to Hell, be right or wrong, success or failure, friend or foe. Absolute truth is a tyrannical dictator, and I don’t plan to live in its prison. 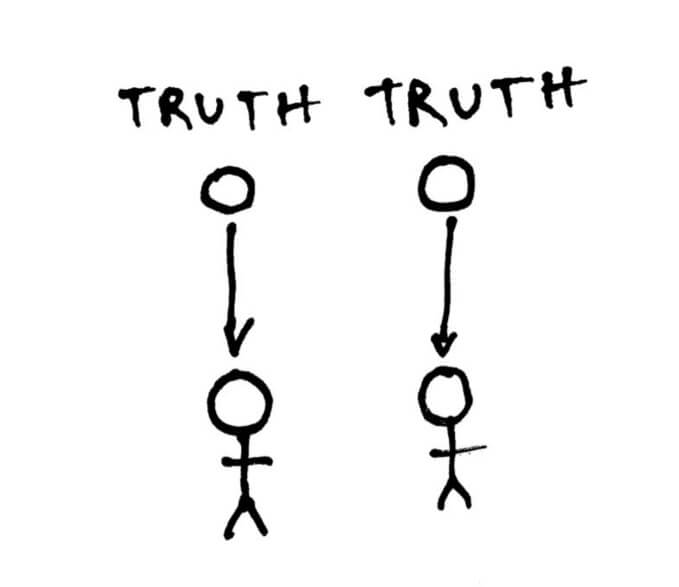 The second kind of truth is the foundation of existentialism, relativism, and postmodernism. I dare say that most of the philosophy known as “relativism” is a misunderstanding. It’s Aristotle’s misapprehension of Protagoras and his doctrine of flux. Relativism is an absolut- ist’s failed attempt to grasp relationships. It’s not radical enough. Forget it. 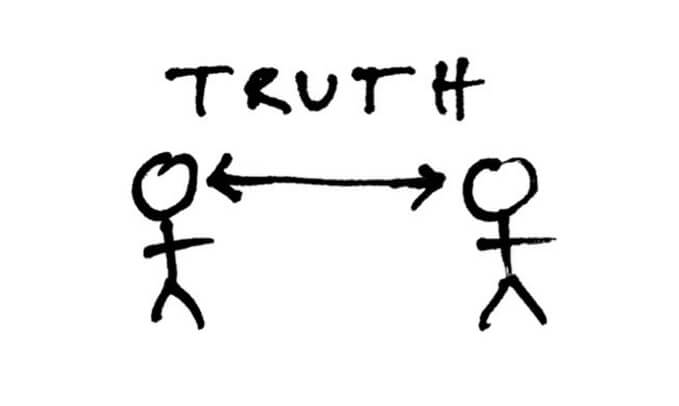 I toyed around with third truth in the shape of a relationship. One of the more popular theories of truth, correspondence theory, seemingly says precisely this (that truth is a relationship). It could— could!—be seen as dynamic, emergent, and negotiated as a slippery ouroboros between all of us. I’d like this fluid truth. But the philosophical discussions within and around correspondence theory have so many layers of object thinking, and the word itself, “truth,” is so deeply connected with the object paradigm, that I have no hope of salvaging it. The idea that is bound to the word needs to be freed and lightened. It needs to get lost for words for a moment.

Try what I did: banish the toxic word. Curse it with damnatio memorae. And you’ll see that we’ll get closer to each other. I remember the cold evening when, listening to our giant hairy yaks return from the valley to the night shed, I scribbled my goodbye note to truth on a greasy brown paper bag.

Truth is a fallacy. A misleading simplification of a more precise term. The word that has real value in human life is error. Focusing on truth is the same mistake that Darwin and Spencer made when they said, “evolution is the survival of the fittest.” It isn’t. Evolution is the death of the unfit. There’s a massive difference: a crow is not the fittest. I am not the fittest. But we are both fit enough. Arguing about truth is the same as arguing about how to be the fittest. Whether one should have four legs, or wings, or be a virus. Whatever. Be anything, as long as you don’t die.

It didn’t take long before new words began to grow in the reclaimed space. Words like “fitness,” “resonance,” and my favorite, “harmony.” Real understanding is harmonious with the subject. Harmony is not an idealized perfect state but a process. It expresses the strength of a relationship and its charge—positive or negative. Harmony is The Word Formerly Known as Truth.